Ghost Trick: Phantom Detective's irreverent humor and puzzles make it a game I don't usually play. Professor Layton? Terrible fashion sense. Phoenix Wright? I'll take Frank Lloyd Wright, thanks. And don't get me started on the objectively horrifying, late-capitalist nightmare box pages of Sudoku. So here's a recommendation from a skeptic: Ghost Trick is a great game. The animation is remarkably fluid, the writing is sharp and witty, and the ending is only mildly migraine-inducing. For the Nintendo DS, I haven't seen any other game put as much emphasis on this Abbott and Costello-esque physicality of the characters as Shu Takumi's diversion from his Ace Attorney duties.

And these characters are fantastic. The detective Lynn is capable, upbeat, and wonderfully casual about her death(s). Inspector Cabanela moves like a dream and the localization of his, erm, unique speech patterns are perfectly done. But most of all, let me tell you about this incarcerated bear named Jowd. And no (though given this game's off-the-wall narrative I can't blame you), I am not referring to a mammal of the Ursidae family.

Jowd's the kind of man who makes a mean French toast the morning after the sci-fi marathon you two had the night before. The kind who paints while listening to Joni Mitchell's "Ladies of the Canyon" and ends up singing "Morning Morgantown" the rest of the day. The very kind who looks you deep in the eyes, places his detective coat over you when you're shivering to the bone, and asks you how he can support you when you've had a bad day. He's built, and I can confirm that he's even stronger than you'd believe (This is relevant for a frustrating puzzle, trust me). Perhaps this game should have had multiple endings so you wouldn't have ended up saving his w...

Where was I again? Oh, right. Music's great! Do you like dogs? Great, this game has those. Does it work on Android and iOS? According to my fellow panelist, sure does.

There's my thoughts on Ghost Trick. I'm sorry, I have to attend to, um, a creative writing pursuit. 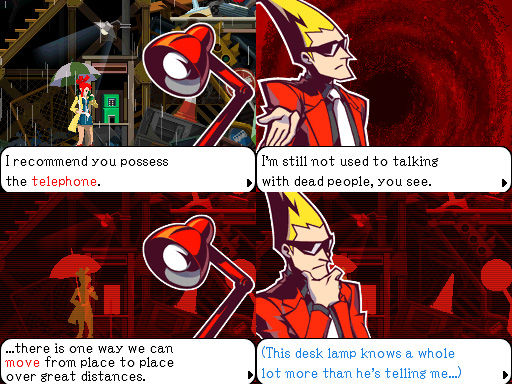 When it was first released for the Nintendo DS, Ghost Trick: Phantom Detective did not set the gaming world on fire. It received good, but not great, reviews from most of the major video game media outlets [Editor's Note: Though we sure enjoyed it]. It certainly wasn't a massive financial success for Capcom. And while it was well-received by adventure game fans, it likely won't make any "Top 10 Adventure Games of the Decade" lists this year.

All of that said, I love this game. Ghost Trick: Phantom Detective caught my attention when I first saw screenshots back in 2010. I already loved the work of Shu Takumi in his Ace Attorney series, but Ghost Trick looked like nothing else on the Nintendo DS. Something about the art style and central concept of solving your own murder spoke to me, and that feeling only deepened once I saw the game's animations in motion. Upon playing it, I absolutely fell in love.

That said, I recognize that Ghost Trick isn't for everyone. The game does have flaws: some obvious, some deeply buried in the gameplay. Puzzles can be obtuse and illogical at times. I had to restart each four-minute pre-death sequence a ton during my first playthrough. But I truly believe that this is a game that is more than the sum of its parts or flaws. It's filled with so much style, creativity, and love that I can't help but adore what Capcom and Shu Takumi created here.

Ghost Trick is a brilliantly-told story with fantastic characters, a fascinating central gameplay mechanic, and one of the best dogs in video game history. Though no longer available on DS (unless you want to go on an eBay fishing expedition), it's still available in the Apple App Store for iOS devices. You'll likely be able to tell if you'll love or hate it in the first five minutes and, as Chapters 1 and 2 are free, there is no reason not to give it a try! If Ghost Trick connects with you, you might end up having one of your favorite gaming experiences of the decade in the last month of it! 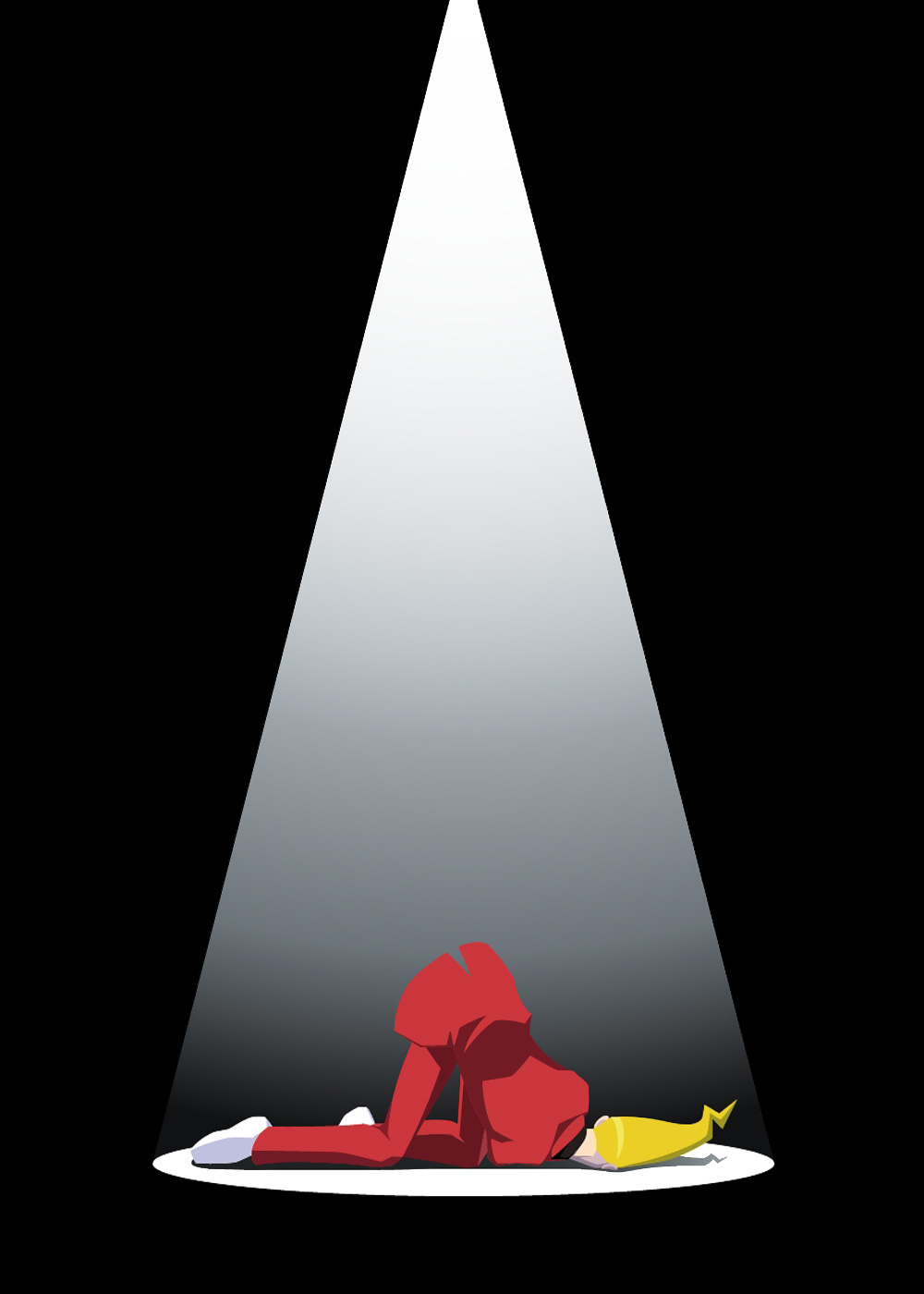 Ghost Trick: Phantom Detective is compelling from its very first moment: you awake as a ghost, see a corpse in front of you, and you cannot remember how you got there. Then another ghost quickly teaches you supernatural powers, which you use to save the life of the only witness to your murder. As the ghost Sissel, you need to solve your own murder, discover who you are, and reveal the secrets surrounding your death. Wow. That's a strong first two minutes.

What follows that wild opening sequence is one of the most stylish and unique puzzle adventure games of the past twenty years. Sissel uses a combination of time travel, fast travel, and poltergeist powers to manipulate scenery to prevent at least a dozen murders from occurring. This can range from luring a girl into a hiding place before a hitman arrives at her home, to preventing a car from crashing into a chicken restaurant so an enormous decorative chicken doesn't fall on a defenseless police officer. Ghost Trick... can get a little odd.

But ultimately what makes Ghost Trick special is the writing and tone. Every puzzle has high stakes (usually it's death) and an obstacle course of steps to take in order to solve it. Characters are alternatively serious, cute, threatening, and hilarious. You can tell that the writers of Ghost Trick are pet owners, because Sissel's Pomeranian companion Missile is one of the most well-written dog characters in the history of video games. If you have a DS or an Apple device that can play Ghost Trick, please check it out. This clever puzzle game made me laugh, cry, and cry-laugh, and there's nothing else quite like it.