Grim Fandango has always been a landmark game for me. It signifies the end of the point-and-click craze that swept the 90s, and the end of LucasArts. People hailed this swan song as the best of the genre. I can certainly see this viewpoint; its stylish film noir vibe is infectious, and the dialogue is fantastic. It's a game that I can appreciate, and enjoy watching and experience, but sadly, I found getting through the game difficult. That's not to say I dislike the puzzles in Grim Fandango — some of the wacky solutions are extremely clever and intentionally funny. However, the path to get to the end of each puzzle is more often than not a long and winding road of obscure solutions and vague clues. At times it feels like the game is being too clever, sometimes to its own detriment. While the end result was sometimes worth it, the journey was nearly always frustrating.

I've flitted between various opinions during these two episodes, ranging from not liking the graphics, to thinking the puzzles were worth the effort, but I've settled that Grim Fandango isn't the game for me. If it were a TV series, then I would probably love it. The controls are awkward, and the puzzles are sometimes beyond me. This might be down to modern day allowances — nowadays, I can get an answer much quicker. But even 20 years ago, I feel I would've found these irritating. I can see why this game is celebrated, and it definitely deserves it, but my frustrations sadly outweigh my praise. Tim Schafer's classic is definitely a product of its time, and if you want to check Grim Fandango out, it's worth it. Just remember, to get the most out of it, bring a guide. 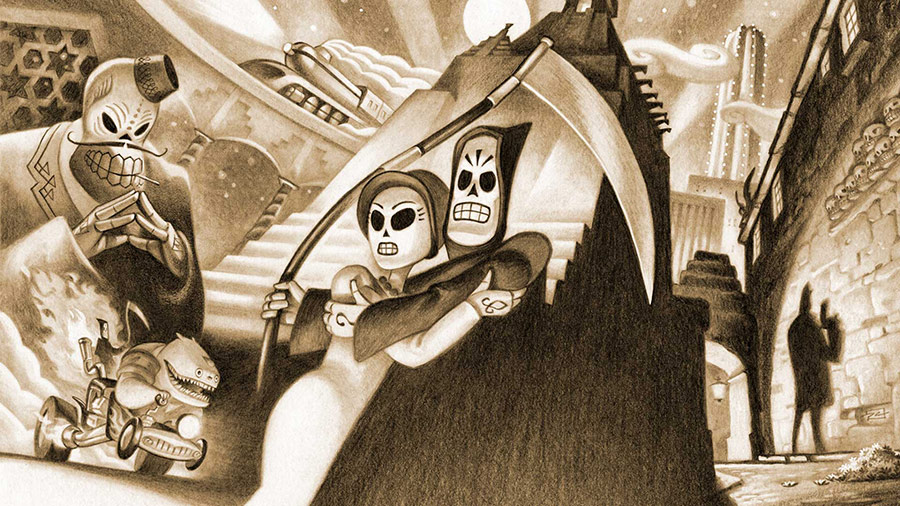 Grim Fandango is an incredibly entertaining game that I was able to enjoy after it was remastered with point-and-click functions. I can't even imagine not playing this without it, so I'm glad I waited until now before taking it for a spin. The dialog is witty (it will tickle your funny bones), the music is delightful (excellent work, Peter McConnell), and Glottis is one of the best sidekicks of all time (plus, he's adorably big). With that said, the only thing I found somewhat confusing were the solutions to many of the puzzles. I completed a couple of them fine on my own, but as the story progressed, I started to heavily rely on a guide so I could enjoy the game. Hey, who knows, maybe my creativity was lacking on this one, so I'll throw it a bone. 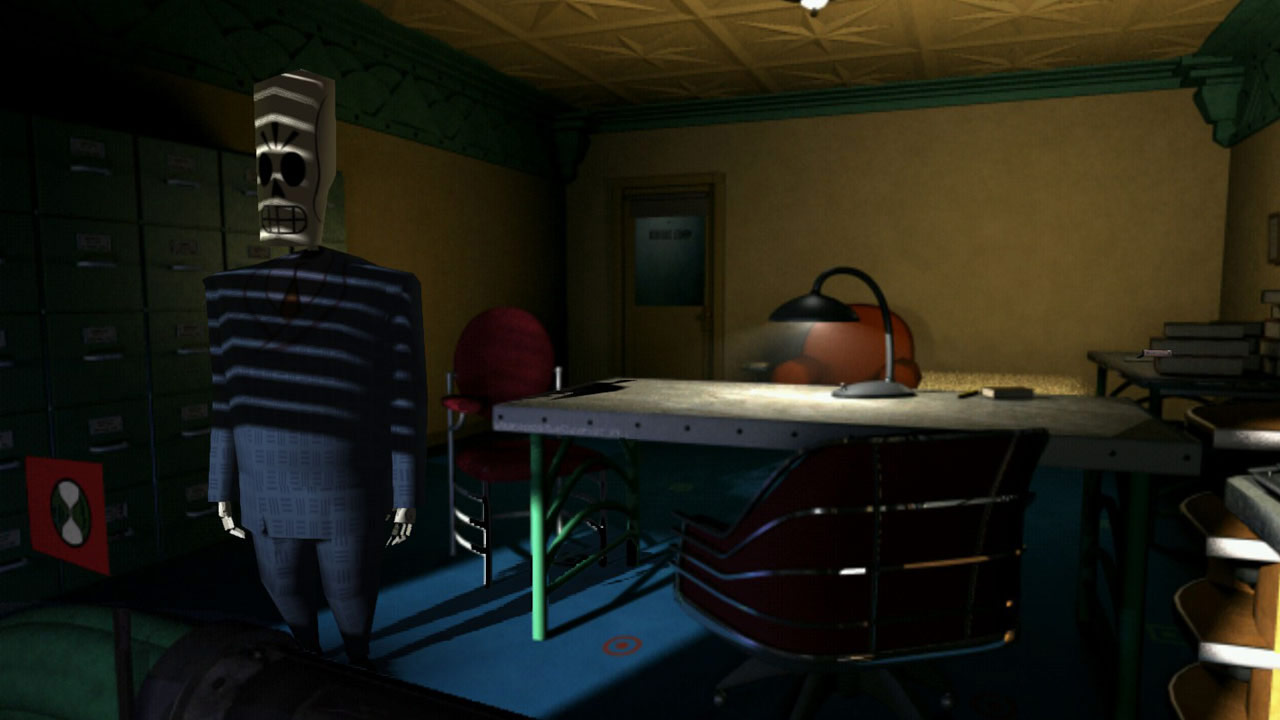 Grim Fandango is brilliant. It has clever dialog, entertaining characters, cool gimmicks, a charming, original aesthetic, and a few truly excellent moments of melodrama. Grim Fandango is also frustrating as hell. Running a wheelbarrow over pipes to try and break a contraption in the forest; strategically requesting balloon animals to gum up an office mailing system; and obtaining tools from worker bees by teaching them anti-establishment protests (!?). Those sorts of actions, while often hilarious, are good examples of Grim Fandango's Achilles' heel: obtuse puzzle solutions.

I haven't been this torn about a Retro Encounter game since we started playing them two years ago. I don't have a ton of nostalgia for classic adventure games of the 90s, so their inscrutable logic is alien to me and I would have to bruteforce my way through puzzles (i.e. try every item in every situation and hope something happens) to succeed if I wasn't using a guide. Grim Fandango is a delight, but also every bit the traditional adventure game from 1998, which I didn't always love. I'm torn about Grim Fandango the adventure game; it's great at times and trying at others. If Grim Fandango was an animated series, with the visuals and dialog intact but with puzzles as non-interactive scenes, I'd own the Blu-rays and make all of my friends watch it.