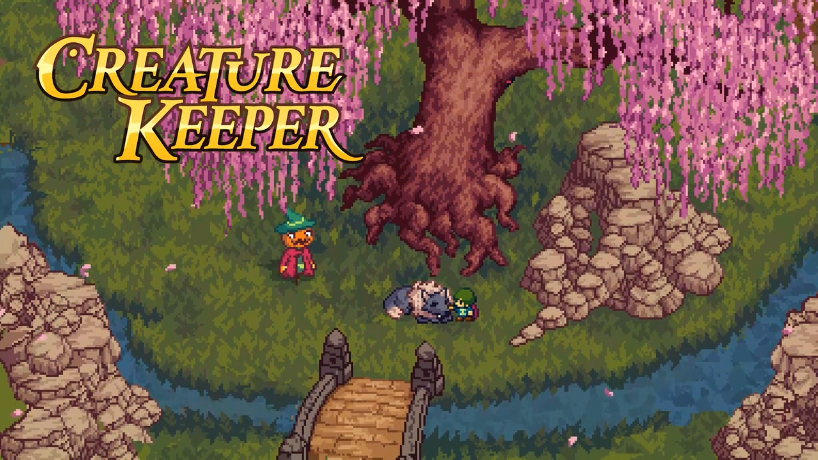 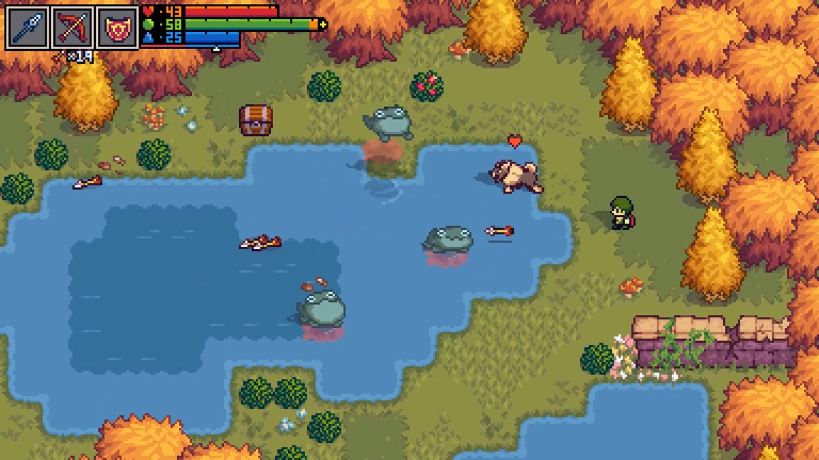 Fans of pixel graphics and adorable beasties, rejoice! Creature Keeper is a new monster-collecting action RPG made entirely by Fervir, the character artist and animator of Tangledeep.

A mysterious illness has befallen the creatures of the land, causing them to become enraged and go on the attack. Take your place as the hero of legend, blessed with the power to communicate with creatures and calm their fury. You'll be able to make friends with up to 50 frogs, dogs, and more, and take them with you to explore a beautiful world reminiscent of classic Mana and Zelda games. Make sure to train them well, as you'll need their help in the game's fast-paced, chaotic combat; in addition, training with your friends will unlock new skills of your own. Every day can be "Take Your Dog to the Gym Day!"

Other than combat, exploration, and creature collection, the game features a portable farming system utilizing a delightful "pocket garden." First, you'll need to find special seed tiles and fit them into your garden's grid, a setup doubtless inspired by Tetris. Then, use the tiles to grow consumables, ingredients, and even equipment. "Ingredients," you say? Yes! This game definitely features cooking, and you'll even need to cook each creature's favorite food in order to recruit them or build their stats. Finally, if you're wondering whether or not you'll be able to pet your furry (or scaly) friends, the answer is a resounding "yes!"

Creature Keeper looks to be an adorable addition to the monster-raising genre. It's clear that a lot of detail has been put into the game's graphics, features, and bestiary; an impressive feat considering the game is being made by a solo developer. While the campaign just recently hit its initial funding target, the first stretch goal will add accessories, providing both stat boosts and style for your four (or more!) legged friends.