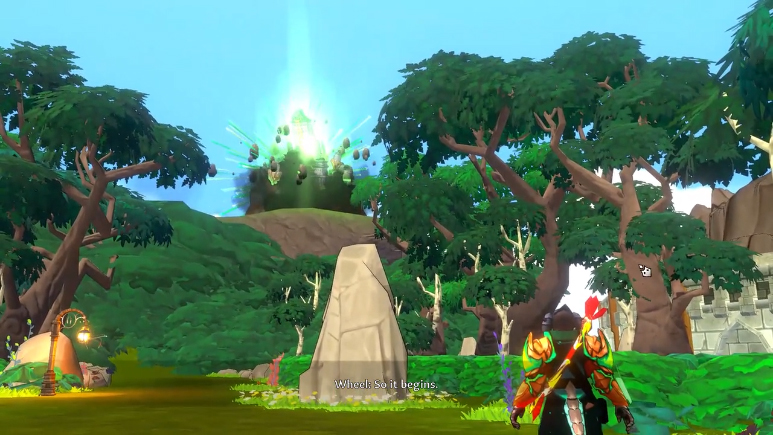 Campaign Ends: October 17
Platform: Windows. Other platforms may be possible in the future, but nothing is confirmed.

Enter a 3D fantasy world where your destiny becomes entwined with the Wheel of Fate, an ancient artifact left undisturbed for a thousand years. When the wheel spins, the world changes... and you've been chosen to save it!

Wheel of Fate is a traditional single player RPG with AI generated content; no two playthroughs are the same. The wheel takes all of your gameplay decisions into account, including your playstyle, dialogue choices, and battle results. Each spin affects the game going forward by determining dungeon layout, loot, enemies, visuals, and questlines, providing an infinite number of possibilities. Meanwhile, gameplay itself consists largely of dungeon exploration, featuring turn-based battles that bring to mind some of my PS1 and PS2 favorites. You'll also have the opportunity to build and defend your own town; always a feature I enjoy seeing in RPGs.

To start, you'll be creating a character from one of four races unique to Wheel of Fate, including bear-like and bird-like individuals, and four traditional fantasy classes. As in many modern RPGs, you'll be able to customize your character's skin tone (or fur color), facial features, and more, and dress them up in all the gear you can carry. Fashion stars!

As Wheel of Fate will be of a considerable size, the game will be released episodically. Player feedback will be taken into consideration with each new chapter, and the game features an active Discord and social media presence where fans can participate in development-related discussions.

While the game is already fully funded, stretch goals include more questlines, lore, monster types and companions. Overall, Wheel of Fate looks to be an excellent choice for gamers who love PS2-era JRPGs, endless replayability, and bears in stylish armor. Check it out!

Disclaimer: While it's possible some of us at RPGFan may be backers of the games mentioned in these articles, this does not influence our coverage or our featured game choices. We make our selections simply based on the active campaigns we feel our readers might find interesting, and we are not given special access or perks by the developers. For Wheel of Fate in particular, while the writer is familiar with certain team members, this has not affected our choice to cover the game, or the content within this article.