Plus, some cryptic hints of the future from Tetsuya Nomura.

Square Enix has announced that our next look at Kingdom Hearts III's Re:Mind DLC will be shown off ahead of TGS 2019. A new trailer is slated to drop on September 9th across various Square Enix social media platforms. Of course, we'll also be reporting on it here, so keep an eye out.

Additionally, series creator Tetsuya Nomura offered some insight into the future of mobile entry Kingdom Hearts Union X. For those not keeping track of Kingdom Hearts' byzantine and cryptic storyline, Union X is quickly shaping up to be a source of increasingly important background lore: read Nomura's full statement below.

It's been a while. Nomura here. Thanks to the efforts of all the staff, we have reached four years. It's also thanks to you, Keyblade Wielders all over the world. Thank you so much.

To show our gratitude, we will be distributing 4th anniversary presents for the next eight days as we count down. On the 8th and final day, we will release a new trailer for the KINGDOM HEARTS III DLC we are currently working hard on, Re Mind. We plan to drop it a little earlier than the present distribution on the final day, at midnight September 10 Japan time.

I'm very sorry, but I haven't been able to prepare my usual commemorative illustration this year. Instead, if that's the right way to describe it anyway, I have been writing more of the main scenario. I wasn't able to finish in time for the 4th anniversary, but starting October I plan to release four main story updates in a row. I'd like to show you a scene from each of the two stories that have been written so far. 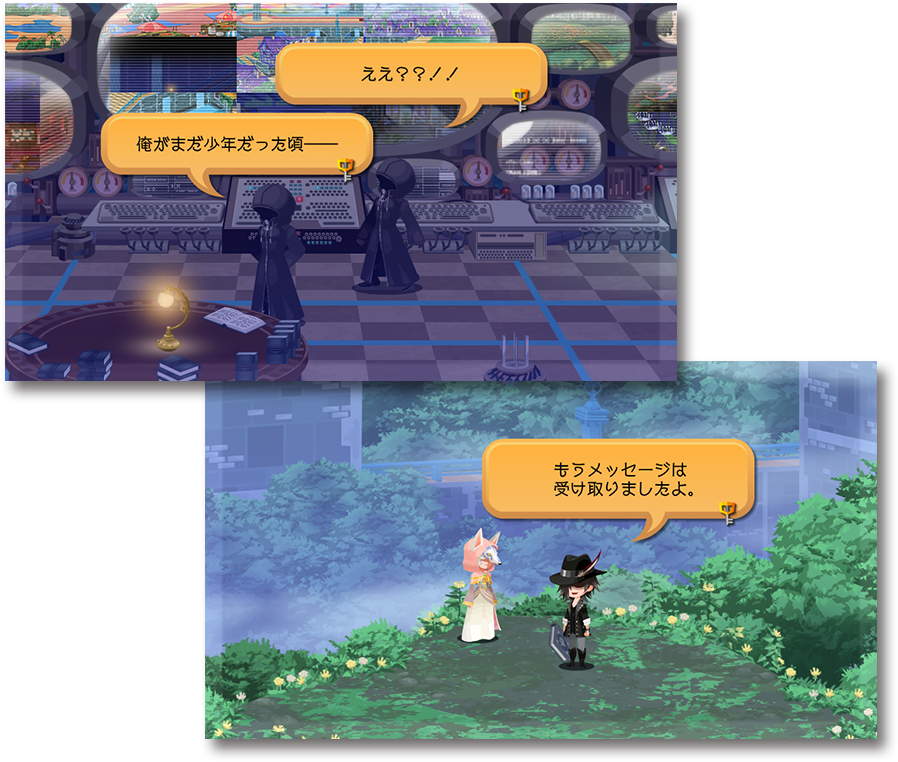 Pic 2: Your message has already been received.

Does that pique your interest?

Speaking of KH scenarios, I have finished Re Mind, and finished the first two stories for UX. As I just mentioned I plan to write two more, however, I also received a mystery request for one thing to do first. I will return to UX after. I'll just say this: that one mystery thing is related to a yet-unannounced 3rd "line" of KH...... And in the 3rd line○○○○○○○...... Does that pique your interest?

I do feel like things have settled down since the release of KHIII, but we are working steadily towards the next phase of the KH series, so I hope you continue to support KINGDOM HEARTS Union χ[Cross]. The other day the UX staff came to talk to me about something mind boggling, some huge changes might be on the way. Here's a hint: "double feature."

Farewell until our next chance.

So... there you have it! Given Kingdom Hearts' propensity for time travel and paralell universes (or "worldlines"), whatever Nomura and his team are cooking up, you know it's bound to be surprising. Stay tuned to RPGFan for more info!