Nintendo recently announced that the Switch exclusive title, Marvel Ultimate Alliance 3: The Black Order, will get its first DLC pack on September 30th. It will include four new characters and a series of co-op missions in Gauntlet Mode. Blade, Moon Knight, Punisher, and Morbius are all included as representatives from the Marvel Knights comics, a series focused on a team created by Daredevil. 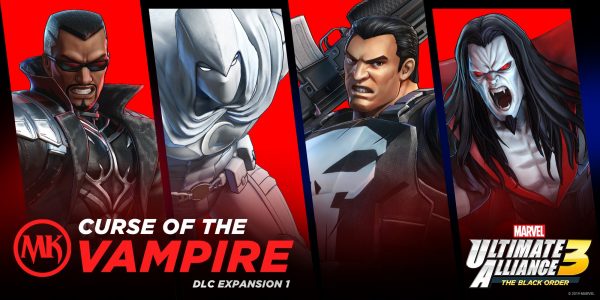 For more information about vampires of both the living and dead kind, and on Ultimate Alliance 3 and other superhero games, keep checking RPGFan.