Adventures in the dump never looked so fun (no, really). Also, dinosaurs!

We bring you a shorter-than-usual edition of Crowdfunding Chronicles this week, though that doesn't mean it's any less exciting! Come and join a pair of unlikely allies on a dinosaur-filled quest through prehistoric times, or gather a party of rats, cockroaches, and other delightful creatures to save a magical land full of garbage. Spoiler: the land is not, in fact, my own room. Read on!

Highlights: Ongoing Campaigns to Keep an Eye On
Kingdoms of the Dump
Campaign Ends: August 14 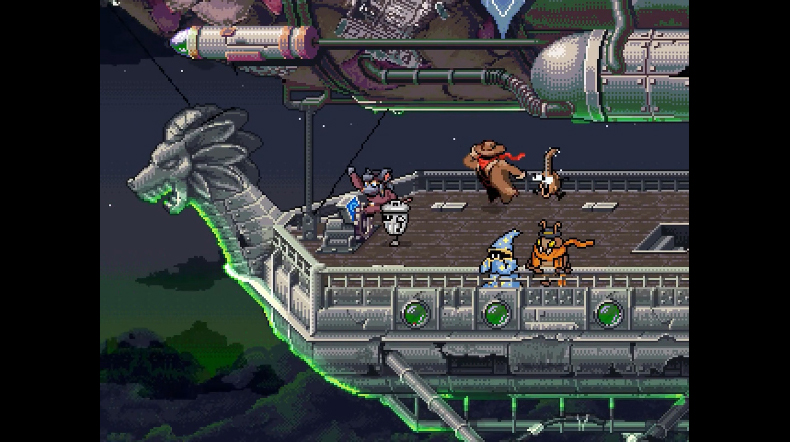 Hey friends! Do you find trash and filth to be aesthetically pleasing? If the answer is a predictable "no way", you just might change your mind after visiting the Kingdoms of the Dump.

An RPG inspired by SNES classics, Kingdoms of the Dump introduces you to the strange (and likely malodorous) world known as the Lands of the Fill. The main character, Dustin Binsley (appropriately portrayed as an anthropomorphic garbage can), has been framed for a kidnapping and eventually finds himself caught up in a quest to save the world. Follow Dustin on his journey through a variety of bizarre trash-themed lands, made unusually appealing through the game's beautiful and detailed pixel art.

Combat is turn-based and involves strategic grid movement: you'll be able to hide behind objects, set traps, and even inflict grid tiles with status effects. Meanwhile, exploration features some light platforming elements, including jumping, climbing, and making your way across moving surfaces. To aid in your travels, each party member comes equipped with their own unique exploration skill, such as Walker's ability to shoot projectiles that can reach far-away switches or demolish cracked walls.

Personally, I love what I see so far, and am looking forward to plenty of trash-covered adventures in the Lands of Fill! 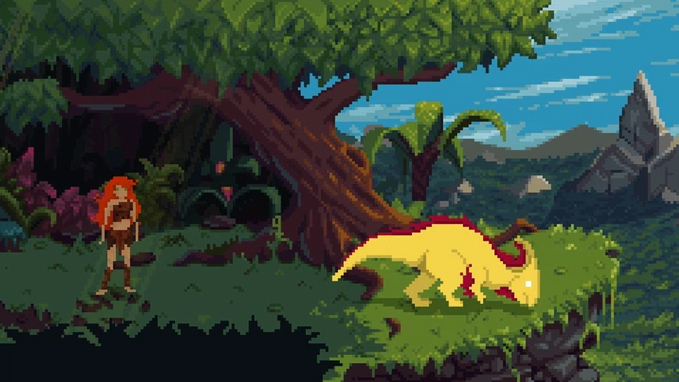 Platform: Windows and Mac. Switch and other consoles may be a possibility, but nothing is confirmed.

I have quite the fixation on retro sci-fi, prehistoric worlds, and point-and-click games, so my natural reaction upon first noticing Theropods was to emit a very enthusiastic squeal of delight. This graphic adventure game features a glorious pulp sci-fi aesthetic, and is full of greenish-skinned space aliens, grunting cavepeople, and a copious number of dinosaurs (including my childhood favorite, the tiny Compsognathus). Oh gosh!

You'll play as a cavewoman with a very intriguing new acquaintance — a mysterious alien that has crash-landed on your prehistoric planet. The enigmatic extraterrestrial needs your assistance to return home, and in the meantime you'll need to enlist his help in saving your people from a horde of cruel barbarians.

The game features no dialogue or text, instead offering players a delightful array of grunts and animal sounds. Many of the puzzles involve interacting with the environment, and you'll be faced with a number of action sequences. After all, it's better to run from dinosaurs than to reach into your inventory and present them with a well-cooked steak.

On the presentation side of things, I have to say that the game's detailed, vibrant pixel-art environments look fantastic. Meanwhile, I love what I've heard so far of the soundtrack; composer Zach Striefel gives us a wonderful mix of electronic and classical styles, featuring a bit of a retro sci-fi influence.

All in all, I strongly feel that the world needs more games featuring dinosaurs, and Theropods looks to fill that niche quite nicely!