The Hero, a new stage, and more are on the way later today!

In addition to the hero, players who purchase the DLC, or receive it as part of the Fighter Pass expansion, will have access to a new Dragon Quest XI-inspired stage, Ygdrassil's Altar, and eight orchestrated music tracks from the series. A new wave of Mii Fighter costumes is on the way, too, adding new outfits like Veronica, Martial Artist, a Slime hat, and more which will be available to purchase separately. 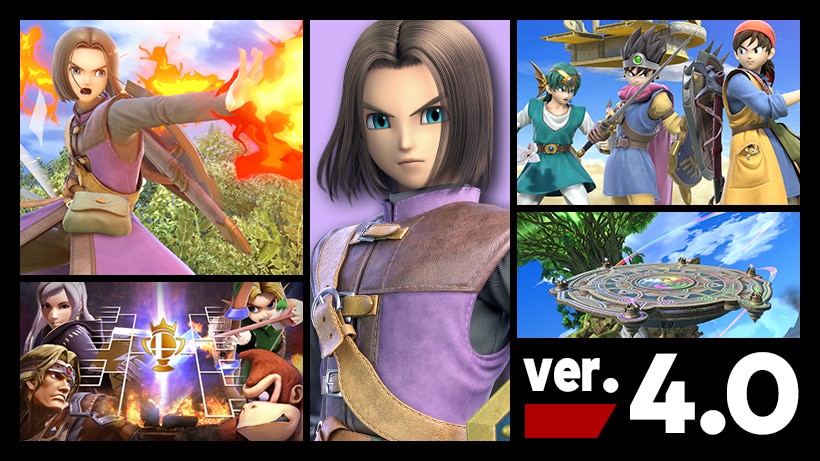 The Hero, Ygdrassil's Altar stage, Mii Fighter outfits, and other new additions like a "Very Easy" difficulty setting for story mode, Final Smash meters that drain, and new features for spectator mode are on the way to Super Smash Bros. Ultimate later today, July 30th, as part of the game's version 4.0 update. Those who already own the Fighters Pass expansion content will be able to download the Hero and the new stage immediately upon release, with the Fighters Pass and the individual fighter content available for purchase as well.

Super Smash Bros. Ultimate is available now on Nintendo Switch. For more on the Fighter Pass, including previous and upcoming fighters, be sure to check out the official website.