First off, I'm quite pleased to see all the conversation and excitement Valkyrie Profile has generated as we've covered it. This is a game I was deeply absorbed in when I was younger, and hearing everyone else's memories and (largely) favorable feelings made this replay feel different in a positive way. Combine that with finally getting through hard mode and seeing everything this title has to offer in terms of dungeon design, items, and strategies, and Valkyrie Profile is cemented as one of my favorite PS1-era titles. Before starting, I was wondering if that would be the case because of the esoteric requirements to get some very important plot-related points, but it wasn't, largely because guidance for that aspect of the game has only become easier to find over time. Using my old strategy guide also helped, while feeling comfortably nostalgic.

Gating some of the best content behind higher difficulty levels and vague requirements is one of several jarring elements throughout Valkyrie Profile, along with some dramatic/absurd voice acting and anachronisms; I felt and still feel like all of these come together in a way that's at least entertaining, if not novel. To me, these aspects take me out of the game just enough to really appreciate how quirky the game world is and just how much it embraces a different form of storytelling than most RPGs — vignettes and clearly delineated periods of time with strict phases. There certainly isn't another game like this out there, and I look forward to finally getting through Valkyrie Profile 2 as well. 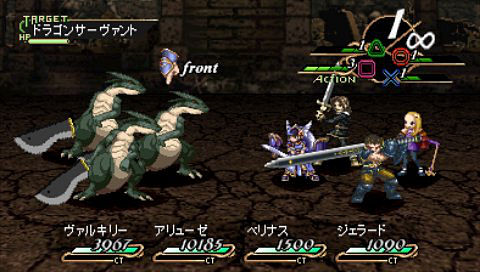 tri-Ace are a developer known for their complex, oblique systems, as well as characters I just don't get along with. It was with this in mind that I returned to Valkyrie Profile with a certain level of dread within my heart — would my memories be tarnished by eighteen years of distance?

Instead I was surprised, and very pleased, to find that Valkyrie Profile absolutely stands the test of time. Yes, its systems are opaque, and I'd be hard pressed to suggest playing it without a guide handy, but tri-Ace's side scrolling magnum opus is a hard-edged tale of faith and nihilism that few RPG narratives can touch. It's an increasingly ridiculous cliché to compare games to Dark Souls, yet Valkyrie Profile's unflinchingly bleak tone brings to mind a pre-apocalyptic Souls setting, in which society trades and thrives on cruelty. I wouldn't be the least bit surprised if Valkyrie Profile, like Dark Souls, was also inspired by the work of Kentaro Miura. Whether that's true or false, Valkyrie Profile is a wonderfully dark fantasy that deserves to be experienced. Just make sure you steel your resolve for its endless tragedy.